This robust ale celebrates Sir Arthur (Bomber) Harris, Marshal of the Royal Air Force who had the doubtful honor of scheduling all the bombing raids into occupied and German territories; a responsibility that he bore with relentless energy right through to the surrender of the Axis. Famously quoted as saying:
“The Nazis entered this war under the rather childish delusion that they were going to bomb everyone else, and nobody was going to bomb them [back]. They sowed the wind, and now they are going to reap the whirlwind.” 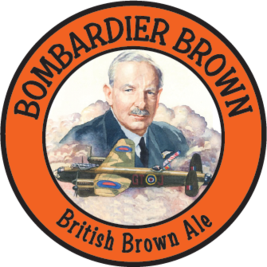